My vacation timing has been curious this year. I have averaged visiting Seattle once a year for the past five years, but with multiple projects consuming all my holiday weekends, I didn’t manage to head back to my favorite mountain this year. Instead, two weddings were timed miraculously to piggyback  to two business trips I’ve had. The last wedding was in Singapore; this one was in Chicago. 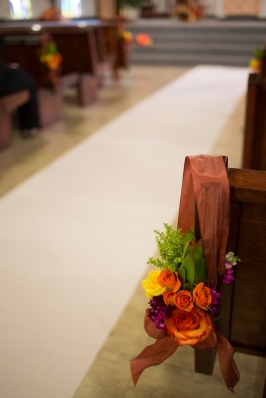 The wedding was awesome. The last wedding of a university classmate I had attended was already a couple of years ago, so seeing so many friends back in one place was really special; it was a great time catching up with friends whom I hadn’t seen in years. Odd reality, working: it’s so easy to make friends in college. Once out, both keeping in touch with distant friends and finding the right situations to make new ones comes at a price.

After my extremely brief stay in Chicago I continued on to Germany, where I spent the next seven days working at my lead plant in the Allgäu. Like the last time I was there, I had incredible weather. I experienced the same this time: abundant sunshine, balmy temperatures (highs in the low 70s), and color sunrises every morning.

The difference was that this time, even before I left for Europe I knew I wanted to fly back.

My fascination with planes accelerated steeply sometime around 1994, the year the 777 was unveiled to the public. There was a huge Chicago Tribune story on it: United Airlines had just taken delivery of the first 777, registration N777UA, and I devoured the article. Later, there would be a book written about the plane: Karl Sabbagh’s  “Twenty-first Century Jet: The Making and Marketing of the Boeing 777” and a PBS special of a similar name. Between the article and the show, I was hooked. I sought out the book at the Boeing Factory Store in Everett and have read it a half-dozen times since.

The reason I remain so attracted to the 777 is that, for the first time in a very long time, Boeing allowed its customers to design a plane alongside its own engineers and test pilots. The 777 project was termed “Working Together”; I’m not sure any commercial programme since the 777 has seen the same sort of success in project management and delivery execution that the 777 saw. N.B.: how appropriate that United’s name contains the word “Unite” and that it was one of the eight airlines part of the “Working Together” program.

Passion doesn’t bring planes to my front door, so not unexpectedly I missed my chance to fly on N777A. Five years passed, then ten, then fifteen. I doubted I’d ever get a chance to fly on the plane that represented the future of Boeing in 1995. But 18 years, 5 months, and 5 days after the first 777 was delivered to United, I looked out of the windows by my gate [O’Hare’s C18] for my flight to Munich and loudly gasped when I saw the tail number (flight date: Oct. 20, 2013).

I wonder how many of the other passengers knew the significance of this plane — not just to their flight but also to the airline industry. One could argue that it was the developments spawned during the creation of the 777 that allowed, or even provoked, the the 787 to come into existence. Engine reliability, the role of software in airliner development (the 777 was the first plane designed completely in CAD software), and flight information / entertainment all have improved considerably since the first flight of the 777. On that Sunday, I was thrilled to be on a pinnacle of Boeing’s engineering capabilities: the 737, 747, 767, and 787 have all been recipients of lessons learned from the 777 programme. 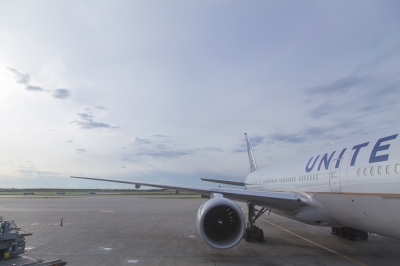 As “proud” of the 777 family as I am, however, it was the return flight that I was really looking forward to. The legacy of ultralarge airliners ferrying people across oceans isn’t always sustainable; some routes just don’t support a plane capable of carrying 550 passengers. In a final attempt to grow the 747 legacy, Boeing created the 747-8 as what is presumably the last 747 variant to fly. Lufthansa was, until recently, the only carrier to order the passenger version of the plane, and one week prior to my return trip scheduled it for flights between Frankfurt and O’Hare. Though already a year in service, I jumped on the chance to board a brand-new jet — one that ignited the jet era late in the 1960s and one that will remain in history as one of the most successful and significant airplane programs ever to fly.

Flying isn’t just about the planes, though. To build a competitive and enduring plane requires an educated workforce, but most US airports aren’t encouraging young children to take an interest in aviation — actively or passively. Walk in most US airports and you might come away thinking they’re simply time-of-flight, last-minute gift shops for whatever city they represent. It was relieving to see newspapers in multiple languages and a diorama of the A380 static test rig in Germany’s airports. The US arguably builds the best planes in the world already, so why not also build the best airports to help attract young, bright minds to such a cool industry? After all, education isn’t just about schools and curricula. It’s about a social fabric that encourages curiosity and intellectual advancement. 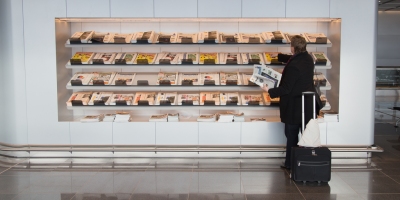 The work that goes into designing planes or automobiles or bulldozers is sometimes overlooked, which is both a testament to the rigors of design requirements (allowing the general public not to question intent and function) but which also allows certain planes to fade into obscurity. The 777 is a jet that has made several advancements in passenger comfort and fuel efficiency, but it doesn’t look much different from its competitors or smaller siblings. Most planes we see in the future will be sleek twinjets, and the 777 itself might be largely forgotten a century from now. The 747, however, and its distinctive hump is one of the most intriguing stories in aviation. It will be sad when the last Queen of the Skies is finally retired — much like Concorde, a chapter of aviation history will close when this iconic plane flies its last flight and is quietly scrapped some decades down the road.

Although I’ve flown dozens of flights out of O’Hare, I’ve never paid attention to how square Chicago is laid out. It’s rather remarkable, actually. On a quiet commuter non-stop from the Midwest to the East coast, as we zoomed upward and away from the perfect grid, try as I could not to fall asleep, I did exactly that.

PS. Rarely do two flights get me to reflect so much on my own values and how I interact with colleagues. How ironic that I sadly used flight on UA952 to get over jetlag — I expected to work the afternoon I landed in Germany — and how frustrating that I was slightly ill on LH430 and wasn’t really in a mindset to document the plane as thoroughly as I used to do. While I wish I could have taken more time to talk to fellow passengers about the 777 and 748 (which someone referred to as an “Airbus 747” — what?!), that no one really had a need to discuss anything is a testament to the subtlety and integration of these machines into today’s perception of flying. This year, I’ve had the privilege of flying on N777UA, the B747-8I, and the B777-300ER. For me, this is incredible — each one has a particular significance to me, and I could not have imagined that I’d ever be able to fly on these three planes in one year. I’ve been, without a doubt, fortunate.

May these aircraft and aircraft like these continue to motivate and encourage today’s students into asking questions and promising never to give up on learning — in truth, above all else this is the legacy I hope these planes and the stories about them impart.

Seeing the queen in the Fatherland

One thought on “Seeing the queen in the Fatherland”