When I first thought I’d be seeing one in Norway (I actually walked or drove by two during my time there), the image my extensive vocabulary conjured up was one like this. In person, and at the wrong time of day, it looks nothing like that — but my travel plan for the two months of August and September resembles the graphic (not sure what the lightning symbolizes, however). My itinerary has looked like this:

For the record, that’s travel on every weekend of August. A friend came last week to visit for ten days, and the itinerary now looks thus:

Tumultuous is indeed a decent description of at least my sleep schedule. Nevertheless, my friend, Brian, and I kicked off the ten-day whirlwind by heading south to the picturesque city of Lucerne. The city sits next to a lake and is a gateway of sorts to the Alps. In principle, this would be similar to Seattle, which sits among several lakes and the Puget Sound and is just west of the impressive North Cascade range, but Lucerne has many more chocolate shops and watch shops. oh — and a bridge that’s older than Seattle.

The weather largely held up while we were hiking in the Bernese Oberland region of the Alps, but frustratingly many shots were all backlit. I cheated on Rainier again by hiking to the Mönchjochhütte from Jungfraujoch (a far easier hike than that to the Hörnlihütte of a few weeks past), but by then the mostly sunny skies of the morning had begun to give way to clouds by late afternoon. 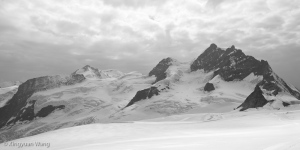 Jungfraujoch seemed to be a giant playground rather than a climber’s high camp. Even so, a somewhat out-of-place looking ice cave housed some rather intricate sculptures; even the Swiss are impressed with our national bird, apparently. 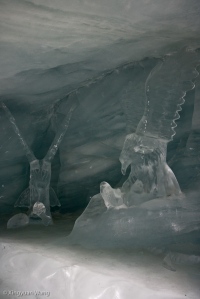 For all the beauty of the region and jokes about Swiss neutrality, a museum about thirty minutes from the heart of Lucerne tells a very different story of Swiss resolve. Built into the side of a mountain (so well concealed that I nearly walked past it trying to find it) is the Füringen Fortress (lots of umlauts in this post, no?), a fascinating though sobering reminder of wartime preparation efforts. Absolutely worth a visit if you want to see just how well the Swiss were prepared for conflict. Brian pointed out a Bosch product on one of the shelves in the fortress — it was neat to see that the company I work for had a part in the resistance, too. 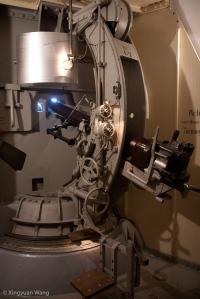 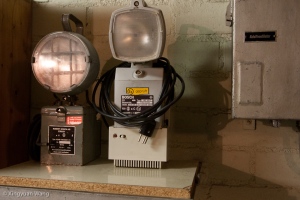 Overall, it was a really fun weekend. I can’t put my finger on it, but Lucerne seemed to attract more conventional tourists (e.g. non-hikers). The Bernese Oberland region is what my mind pictures when I think of the Swiss Alps, but I think I prefer the slightly more middle-of-nowhere feel of Zermatt. I can’t say that either place isn’t tourist-driven, or even that Zermatt is more natural than Lucerne, but if I had to pick a city to go back to, I’d still choose driving an extra two hours to get into the heart of the Mattertal. In both places, though, I really missed out on chasing sunrises and sunsets — which I’m usually good at — and regret it. This bad habit would continue through the next two cities as the month of excessive travel continued…