I typically don’t have a sweet tooth but I admit that sweet tea is a bit addicting. A bright mind took this refreshing Southern staple and “added” alcohol, culminating in sweet tea vodka. Firefly Sweet Tea vodka was thus officially born, and about half an hour away from Charleston (on Wadmalaw Island) is the distillery where the drink has its origins. And they have tastings! Not being comfortable taking pictures of the bar or bartender, my only proof of having been there (apart from two bottles of their stuff) is a picture of the trees around the distillery. The forests are so green around here.

After the tasting, we ventured out to the Angel Oak. Arriving five minutes after the gates shut, we could only peer in from an opening cut into the fence. Even from outside the boundary, the size of the tree is astounding. 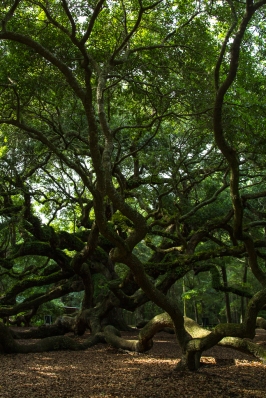 I decided to visit Edisto Island to see what sunset pictures might look like from this vacation destination. Slightly bored by the lack of foreground objects, I left Edisto to head to Botany Bay, but the trees blocked my view of the actual sun. Oops. 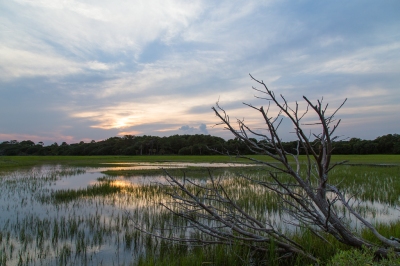 The sky to the east, however, looked promising, and as I researched that area more later that night, I realized that the not-so-well-known boneyard sunrises were actually in this exact area. They say that once an idea is in the brain it’s almost impossible to chase away… 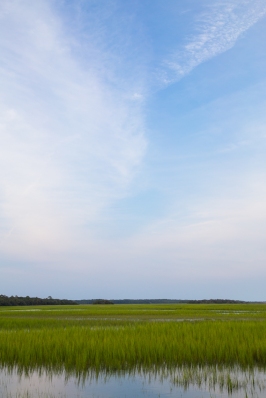 Critics have lamented the 11 AF points of the Canon 6D, but it holds up fairly well in most cases. I might need a longer lens (this photo is heavily cropped) but the camera did a good job of tracking the bird and staying locked on. In low light (moonless night), I could even focus on a star with the center AF point — that’s how impressive the -3EV rating of the center point is.

Well that took a while